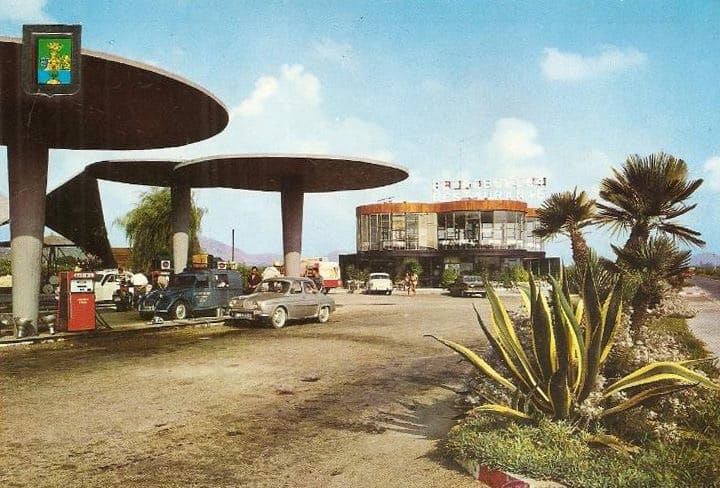 There are a few retro things in my adopted Spanish home town that I simply love.

This architect designed petrol station and rest stop ‘El Rebollet’ is kind of acknowledged but unfortunately not really loved and championed. It was designed by Juan Haro Piñar in the 1960s and was a famous pit stop on the main beach-chasing road which runs north to south through Valencia province. Only the petrol station remains and it still looks great but gets lost a little around the surrounding buildings and commercial signs and paraphernalia of the petrol station shop.  The restaurant that was part of it was apparently only fairly recently knocked down, as I know people who used to go there. That is even more heartbreaking as surely they should have known better in recent decades and now it’s too late. I can’t get enough of the old photos I find of it. It is the personification of an era and style I love and I guess it must have been an exciting time for the town. I can’t imagine how it seemed with the juxtaposition of the traditional pueblo blanco style old town right next door. 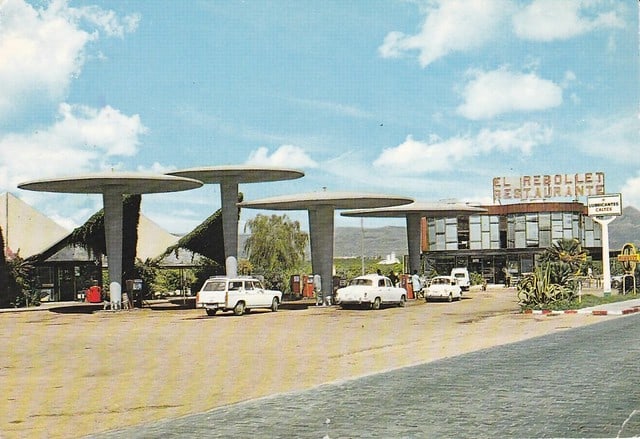 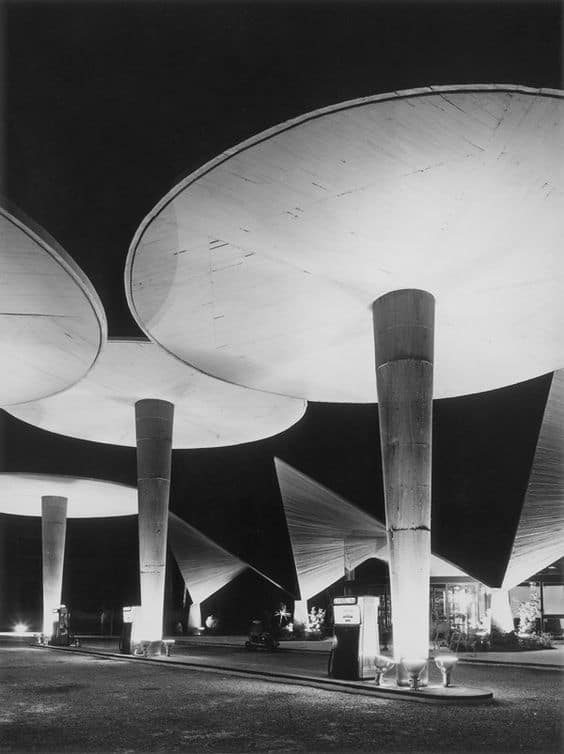 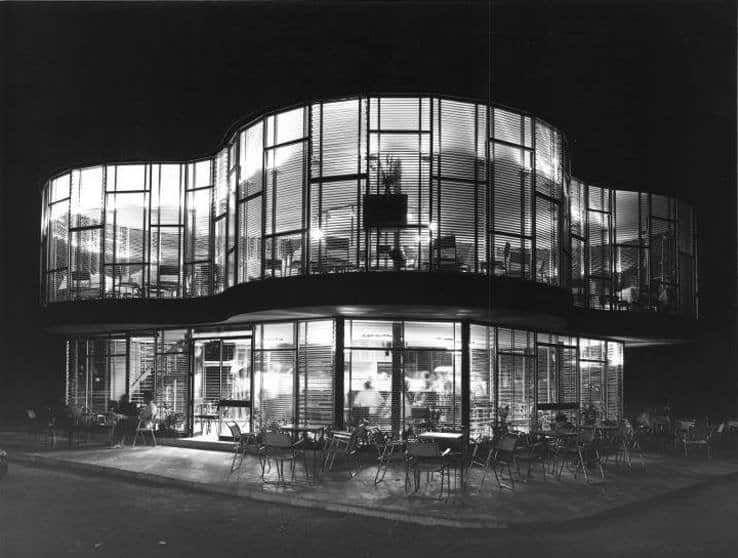 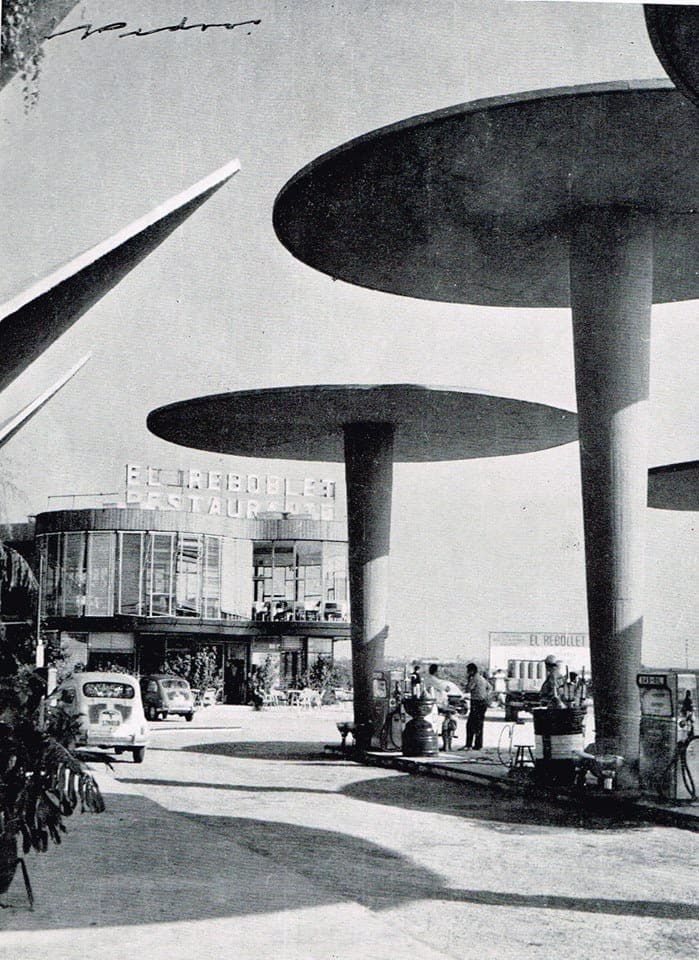 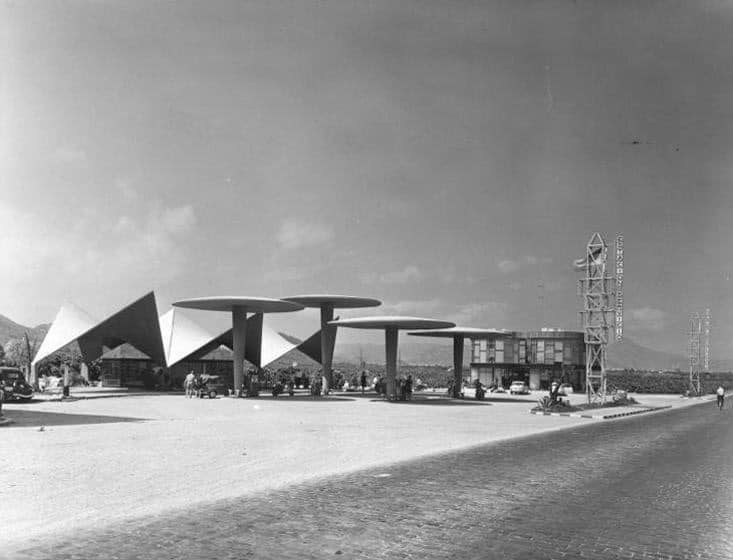 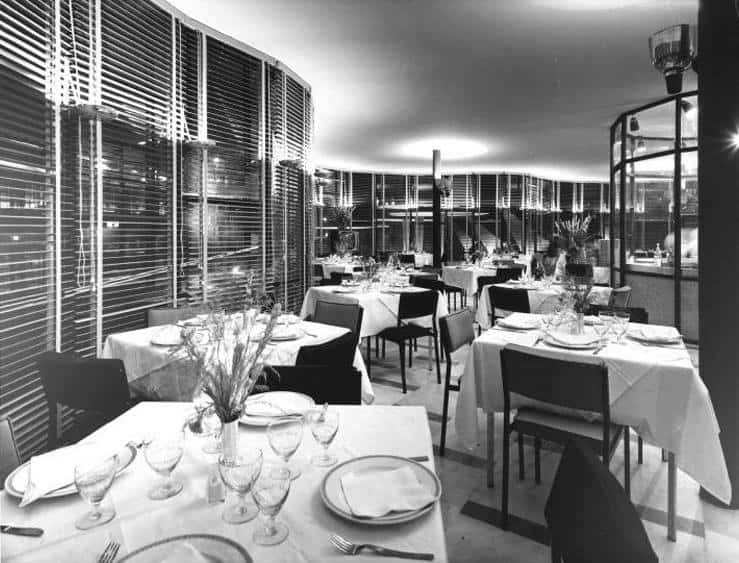 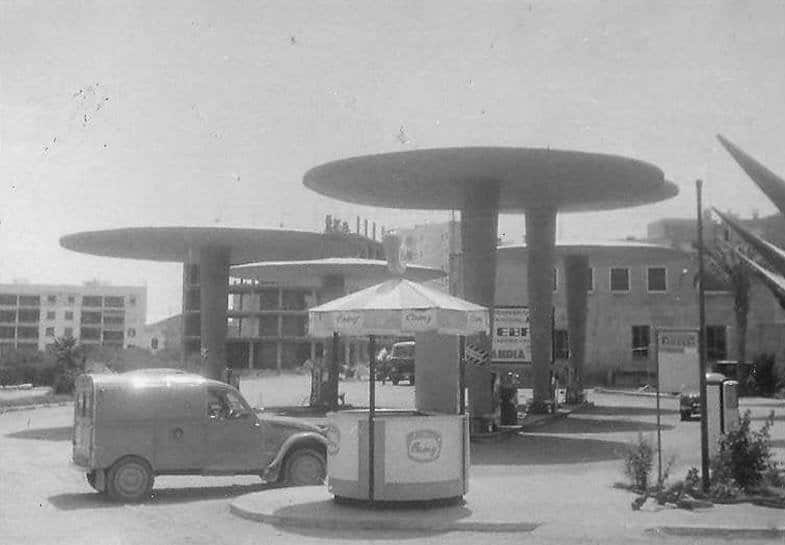 It was even immortalised by one of my favourite photographers, Joel Meyerowitz (famous for his NYC street photography9 who took a famous image in 1967, while just starting out in photography and touring Spain.

I’ve seen photos of memorabilia, though I’ve never seen any in person. It’s not big on second-hand shops around these parts so I’m sure tons of stuff has been chucked out over the years. Dread to think about it. I would LOVE to get my hands on anything original from this place. 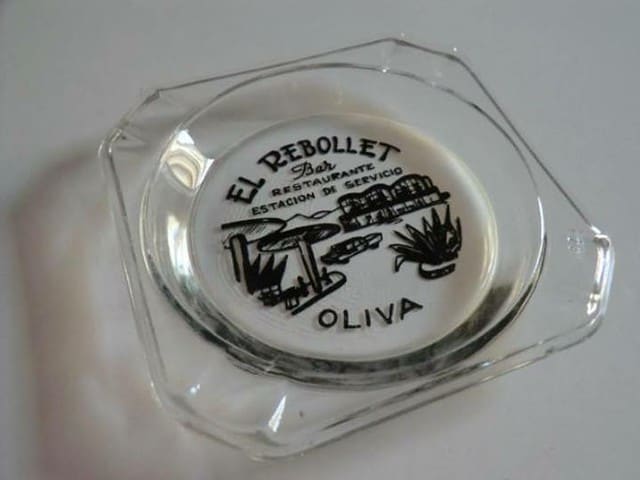 Tall brick chimneys are synonymous with the Valencian region and Oliva especially has a great share of them. Some people dismiss the area as industrial and derelict. Which it is I guess. But I love the whole thing, huge empty buildings shackled together with, you guessed it, bricks! There is talk that this area will be redeveloped. I believe the chimneys are protected at least, but I’m also hoping they wouldn’t just wipe out all the other brick and character and build generic cheap vanilla buildings.

At least one of the chimneys is still in action and you can see it smoking from time to time. We bought some roof tiles from the place and they are a lovely friendly place and they have such gorgeous stuff there. 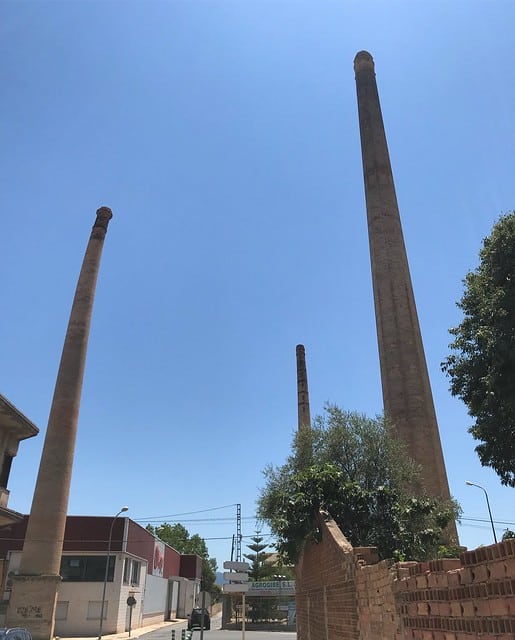 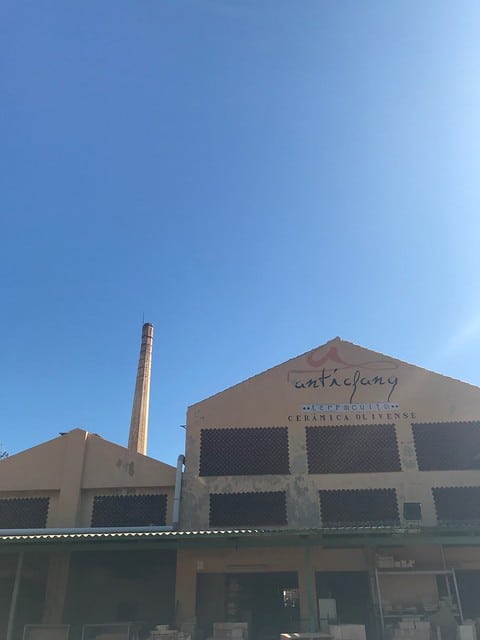 Probably my favourite thing about our house is that the terrace looks down the hill over most of the chimneys. 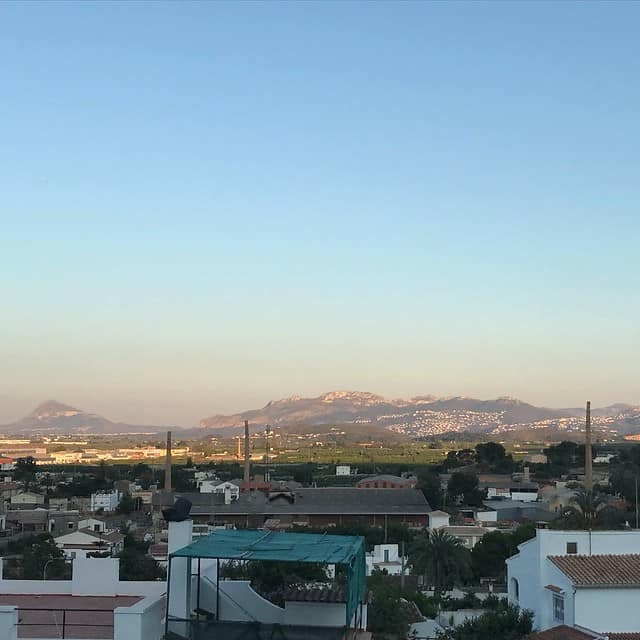 This is a couple of villages along towards Gandia and was until quite recently running as a nightclub. Not only is the building amazing but I’ve peaked in the window and the interior looks amazingly kitschy too. I’d love to get my hands on this place. I dread the day someone buys it and either rips out the interior or knocks it down entirely. 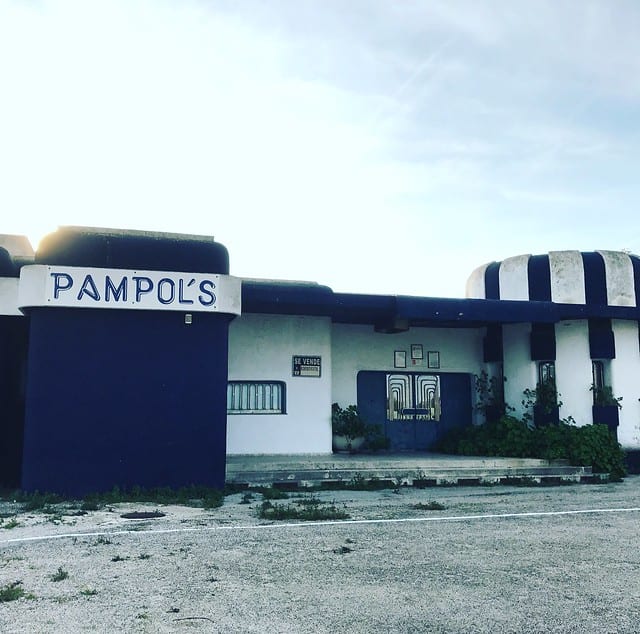 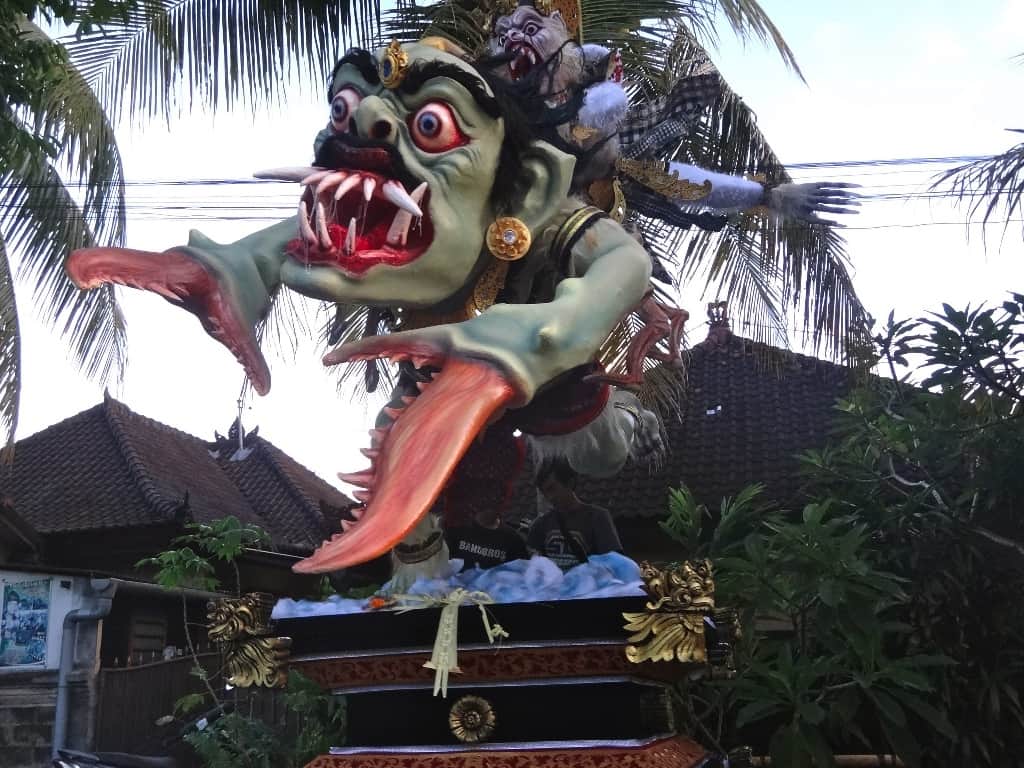 Can you Bali-eve it, we are in Ubud? 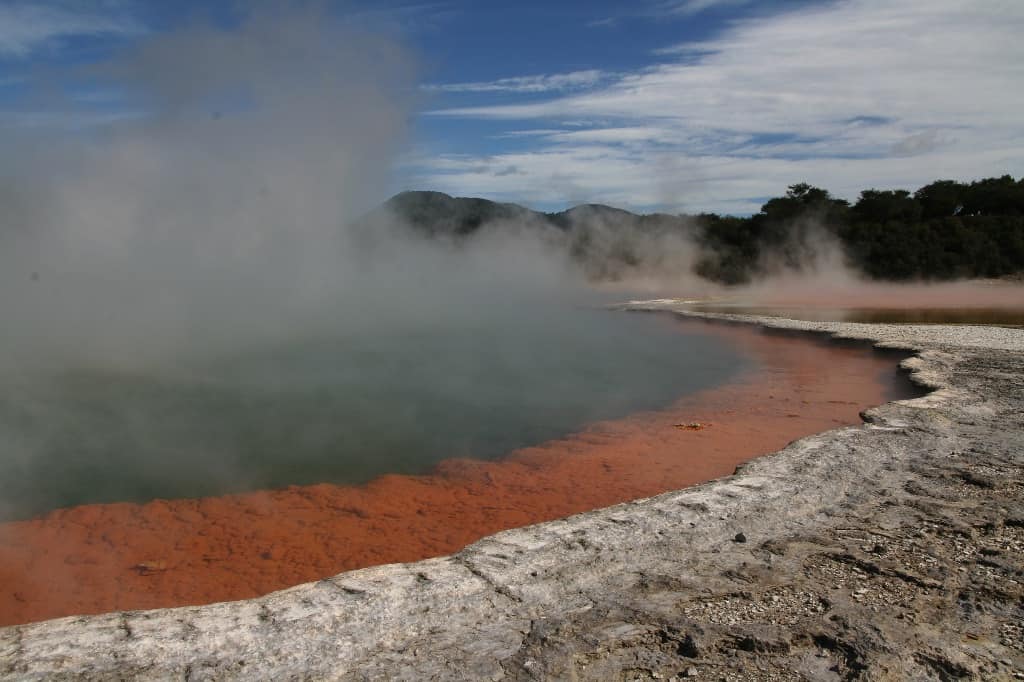 Not such a diamond geezer… then a deluge of fun

Rotorua – a few things rolled into one