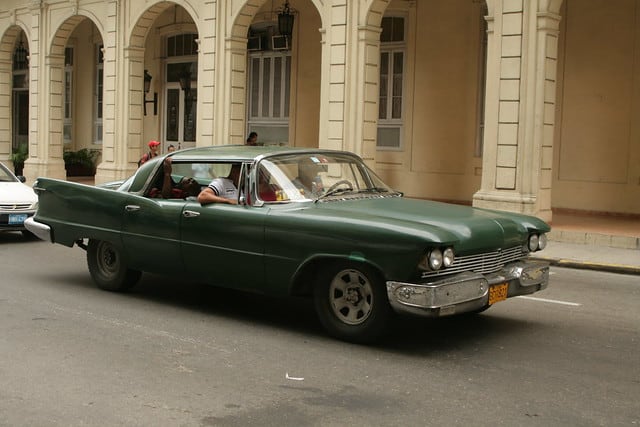 I love travel and I love vintage, so put them together and you have a head-spinningly happy girl!!  I love the way that retro means such different thing and is treated so differently in different cultures and places. Of course, most cities have cottoned on to the joy of retro-loving culture, but in smaller out of the way places, they have wonderful old things in their cafe because they have been there for decades. Flea markets tend to be more popular in Europe than elsewhere, but they are a great way while visiting somewhere to get an idea of years gone by in that city/country. I’ve recently started to buy little vintage souvenirs when I can, as it’s a unique and great way to remember your trip.

Here are some places which have a great retro vibe or cool vintage things to find.


Hanoi is a fascinating mix – strong ‘old Vietnam’ character and tradition, mixed with some French colonial architecture and an ever-present pride in the communist heritage. The Old Quarter is made up of narrow streets bursting at the seams with people, mopeds and produce. The different types of products tend to group together in the same streets. The hand made aluminium goods, the bamboo fencing, the ceremonial/party goods, even gravestone engraving.
Sprinkled around the city, are some examples of classic communist imagery in statue form. The Lenin statue is particularly interesting as it’s not likely you’ll find one of those anywhere in Europe anymore (unless abandoned in a field in Hungary so I hear).
In the area around the opera house, the old buildings are stunning. In particular, the Sofitel Metropole hotel is gorgeous, complete with vintage cars and cyclos outside to set the scene.

On a Sunday, when the people of the city come out to play, it has a sweet, old fashioned air to it – families everywhere, people playing badminton on the paths/sidewalks (the lines are painted for this very purpose) and you even have a special area in one of the park areas where people come to practise their tap dancing. Throw in some shops selling vintage cameras and watches, next door to French cafes, young guys with their shiny vintage mopeds – just adds to the vintage air. 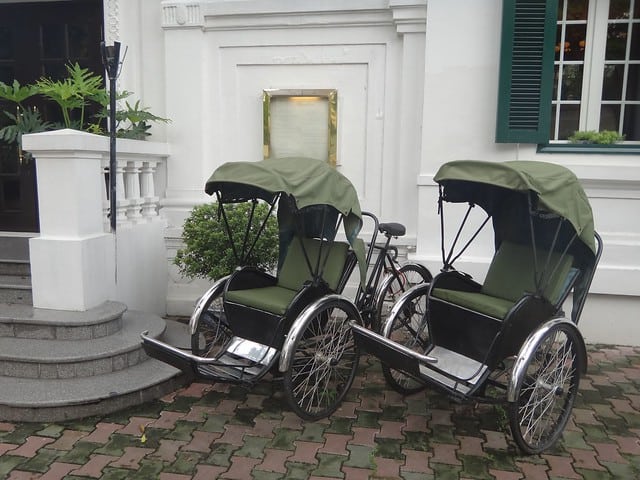 Ho Chi Minh City (Saigon) is, on the whole, a very modern city, but it does have the trump card of the Reunification Palace which is literally an example of time stood still. Pretty much un-changed since it was abandoned during the Fall of Saigon in April 1975. It is a huge building with so much to fascinate, from the offices to the kitchen to the vehicles.

Yes, a bit of an obvious one I know, but it just personifies vintage glamour!
Of course, there’s the classic deco buildings and glamour of uptown Manhattan – Tiffany, Saks et al. The amazing Empire State Building and Flat Iron buildings and less known places like the fabulous New Yorker Hotel (with the exceptionally tasty Tik Tok diner). You can stand outside the modern glass cube Apple store on the corner of Central Park and still have the feeling of classic new york. Buildings are restored, amended and added but it seems difficult to take away from that special, nostalgic feel.

Even though the city is notorious for gentrifying neighbourhoods, they still somehow managed to retain the essence of all these places (although I’m not completely convinced about Soho). The classic dimensions are all there – the brownstones, the fire escapes, the steam vents, the yellow cabs, neon signage. You can stand on many a street corner and if you look in the right direction and squint a bit, it could be 50 or 60s New York. Maybe that’s the key – New York has classic imagery and icons.

Even somewhere like the once dodgy, now painfully hip East Village, retains lots of retro character – with ethnic, family-run cafes and restaurants going strong after decades and the use of graffiti and tagging inside and out. In particular, most bars and even restaurant toilets around there seem to pride themselves on their edginess, with ripped flyers and scribbled walls. Retro 80s urban! It also has the most fantastic thrift and vintage stores. My favourite, Fabulous Fanny’s has the best vintage spectacle and sun-glasses collection possible.

And don’t even get me started about Christmas time… 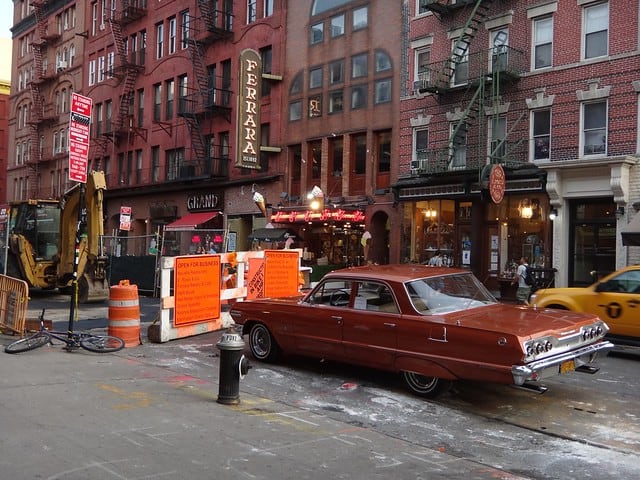 I didn’t know much about Georgetown before I went there but I fell for it in the short taxi journey from the ferry pier to our suitable vintage guesthouse. It has colonial architecture mixed in with some classic Chinese shophouses, which in recent years, a big effort has been put in to restore. I even picked up a little leaflet with cartoons that advised locals what they should and shouldn’t do with these old buildings to retain the heritage character.
It’s a small (and humid) town so when you can take the heat, it’s great to just wander the streets. We came across a great little mini-museum of vintage toys. A fabulous collection in a welcomingly air-conned 2 storey building – some of which we recognised, some were particular to Asia, some were rare and precious. Being toys, some were just plain creepy.

I hadn’t appreciated quite how wonderful our guesthouse would be. I’d read that Moon Tree 47 was quirky and had some original features but I had not expected it to be like a little museum in itself. They had so much vintage stuff on the shelves and on the walls on the lower floor that I happily spent hours sat down there drinking tea. Fabulous old photos, crockery, luggage, hats, tins, board games, books and all the furniture in there was higgledy-piggledy, old pieces. I would sink into a 30s leather chair, look around me and sigh happily. We ended up staying in this wondrous haven much longer than intended as I just couldn’t bear to leave. 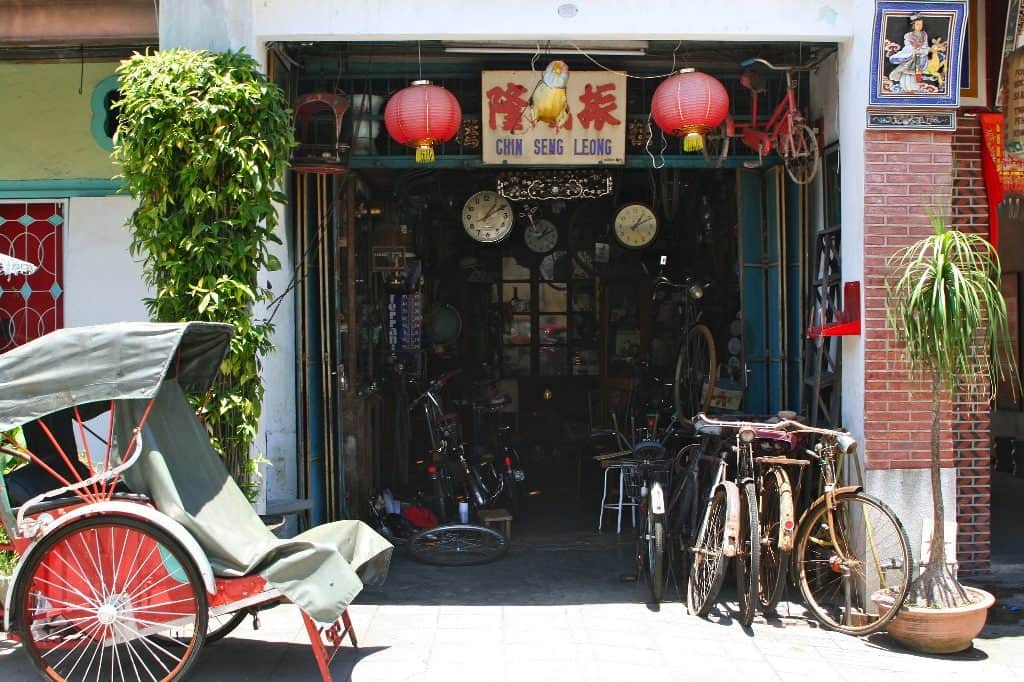 This is pretty much because Valetta IS as it was years ago. It really is like stepping back in time. Go past the shopping area and the main square (with the famous and itself retro – Cordina cafe) and wander the back streets. There’s little to no traffic and buildings are tall and shading. The shutters are so often closed and the doors shut – I would love to get a key to this city so I could see what wonders are hidden behind all these closed doors. It’s kind of difficult to explain but if you chance, go explore and you’ll see what I mean. It almost has a sense of being abandoned. Quite fascinating.

A beloved retro touch are the vintage buses. They used to be used for the whole island’s public transport but that has recently changed, but I believe they are still around, for the tourists to enjoy at the very least. I have used these many time when they were the standard transport. They might not be as much fun without the grumpy drivers and having to hold on tight to stop yourself flying out of the open doors but they are synonymous with the character of Malta.

The heartbeat of Palm Springs is in times gone by. This hot, desert town runs at a different pace. It has arguably the best 60s and 70s architecture in the world and as well as the legendary tales of those who partied here, Sinatra, Liberace, Elvis – it boasted Sonny Bono as it’s mayor for a while – how retrotastic is that? There are plenty of places to go for your vintage fix and it has the most amazing hotels decked in classic styles. I can heartily recommend the Orbit Inn for a stay back in time and am dying to try the recently converted, brightly coloured Saguaro. 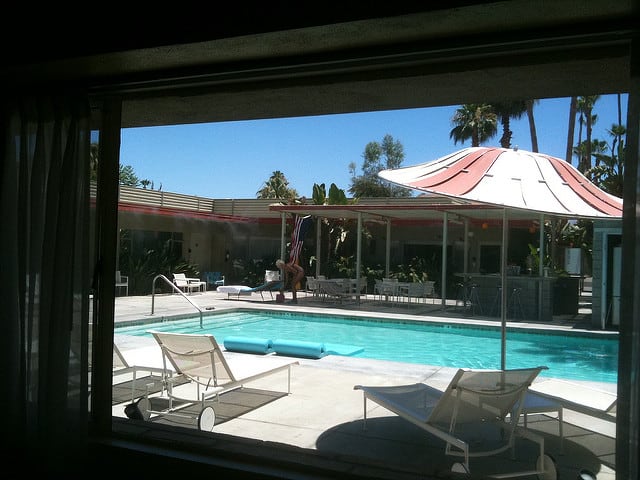 In our heads, Vegas has a retro feel as we tend to think of old Vegas – mobsters, Rat Pack, Elvis and glorious tack! But actually, it’s a new, modern, ever-changing city that’s knocked down nearly all the old hotels on the strip. It’s not in the nature of the city to remain static and that’s what makes Vegas Vegas – always moving onto the next (always big) thing with a foot in the past. Even the long-standing, infamous institutions, like the Flamingo, have little original features left inside, but then they have shows all over town with legendary (and dare I say vintage) artists like Gladys Knight, Barry Manilow and the Osmonds. There are heaps of cover bands and ‘legends’ style shows – showing that adoration of the past. And as some stars fade (or can’t be bothered to go through the showbiz treadmill of releasing new material), new ‘older’ artists find tenancies on the strip – Matt Goss epitomises this – an 80s pop star singing classic ‘swing’ music. I’m sure soon residencies for Brittany and the like will be common place.

They hold onto the heritage whilst keeping cutting edge and it’s quite unique in that way. However, get off the strip for a while and there are definitely some gems to be found. The infamous Little White Wedding Chapel is still going strong, helped by it’s wonderfully cheesy Elvis weddings. The Fireside Lounge at the Peppermill, although full of modern touches has retained the retro ambience for which it is known. Downtown is starting to retain the ‘heritage’ buildings and is home to some great antique/collectables shops as well as the Neon Museum, where signs of the past hotels and businesses go to graze. 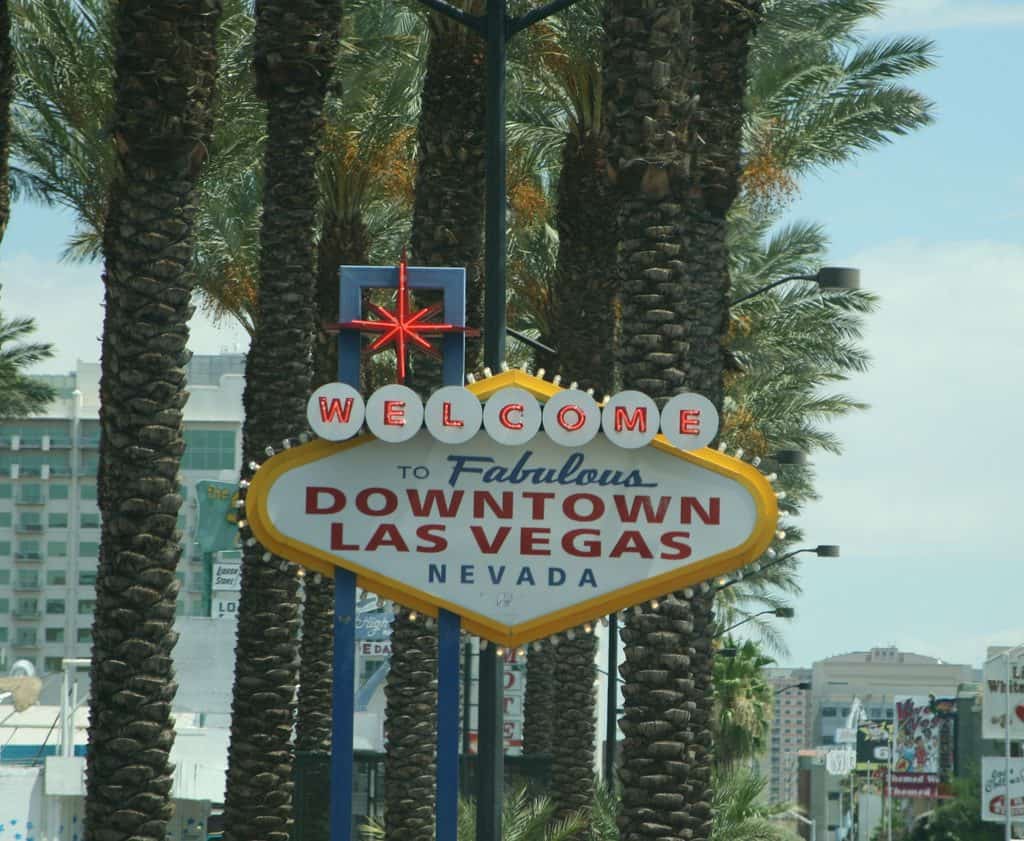 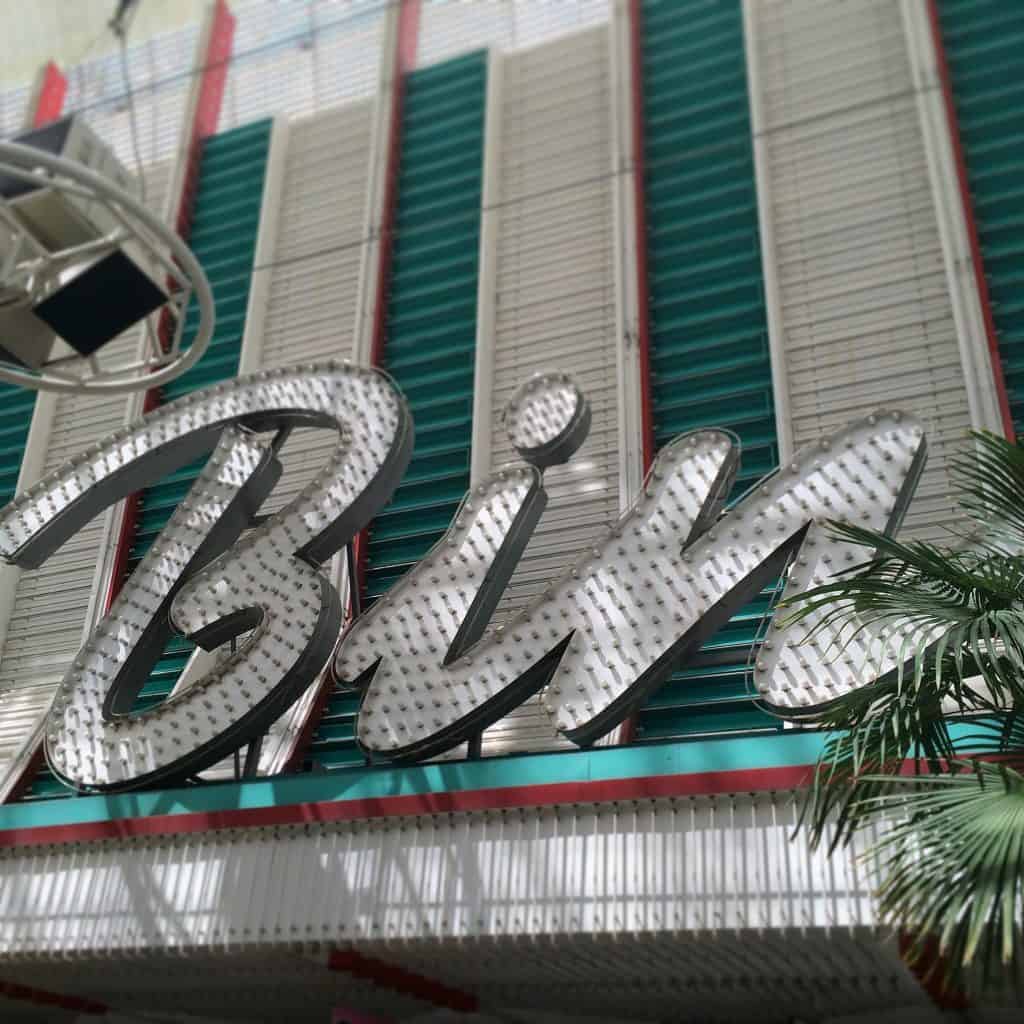 I haven’t done the full thing but have spent a lot of time around the California end. It isn’t what it was and most of it ain’t pretty anymore but along the way, there is the odd retro treasure such as:
– The Wigwam Motel, San Bernadino
– The Cadillac Ranch Amarillo, Texas, where cadillacs are buried in a stone henge-eque manner.
– The El Rancho hotel in New Mexico, which has hosted movie legends such as Marilyn Monroe, Errol Flynn, and Kirk Douglas.
– Various vernacular architecture including a big blue whale, green space man and the leaning tower of groom.

I’ve not done the full thing – YET. But we did stay in the Wigwam Motel to get a little taster. It’s super cool but is surrounded by liquor and tyre stores, in not the nicest neighbourhood. but I guess that is the nature of a road trip. 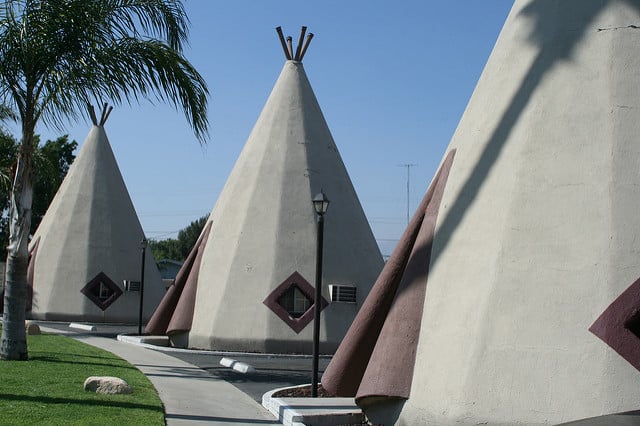 I’m not hugely enthusiastic about Miami, but no-one can deny that the vintage architecture and vibe of South Beach cannot be beaten on the deco front. The buildings are spectacular and it has an almost European, pedestrian-friendly vibe. 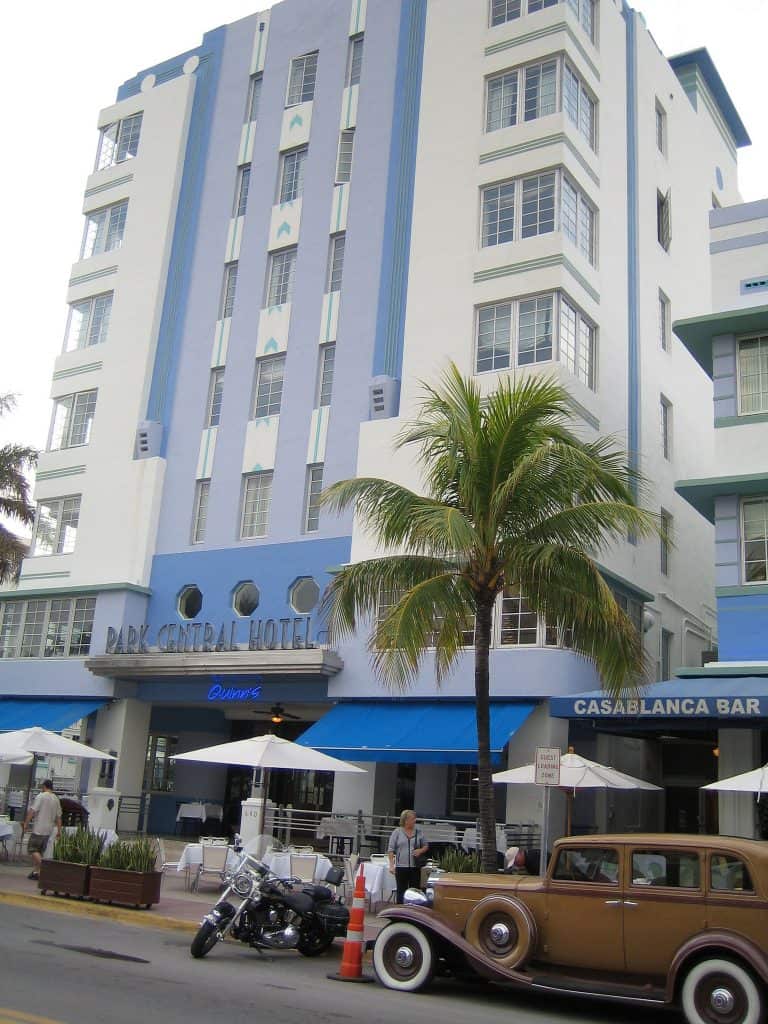 I mean Havana is retro in a different way to other cities, in that it has a lot to do with lack of modernisation. Whatever the reason and the struggles that went on meaning things didn’t develop as quickly, it has in a strange way done Cuba a favour. Beautiful and historic things have not been ripped out. There is an appreciation for renewing the old, rather than just discarding. The cars are an obvious example of this. Old cars remained and were fixed and were kept going out of necessity. Now that has become a part of the place and they are looked after and displayed. They are a route to making money. 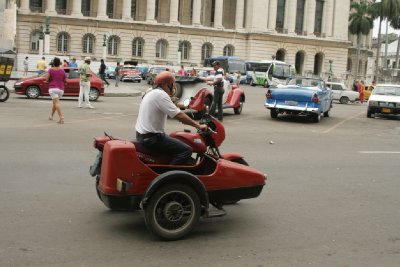 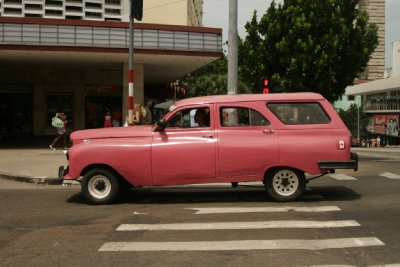 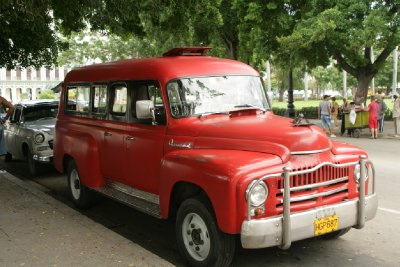 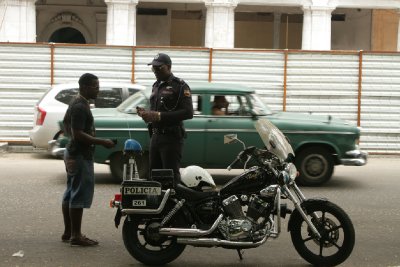 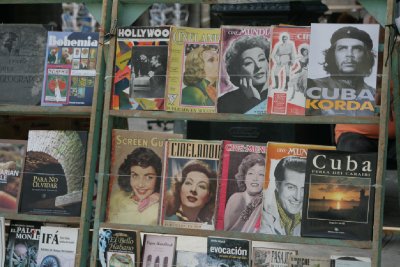 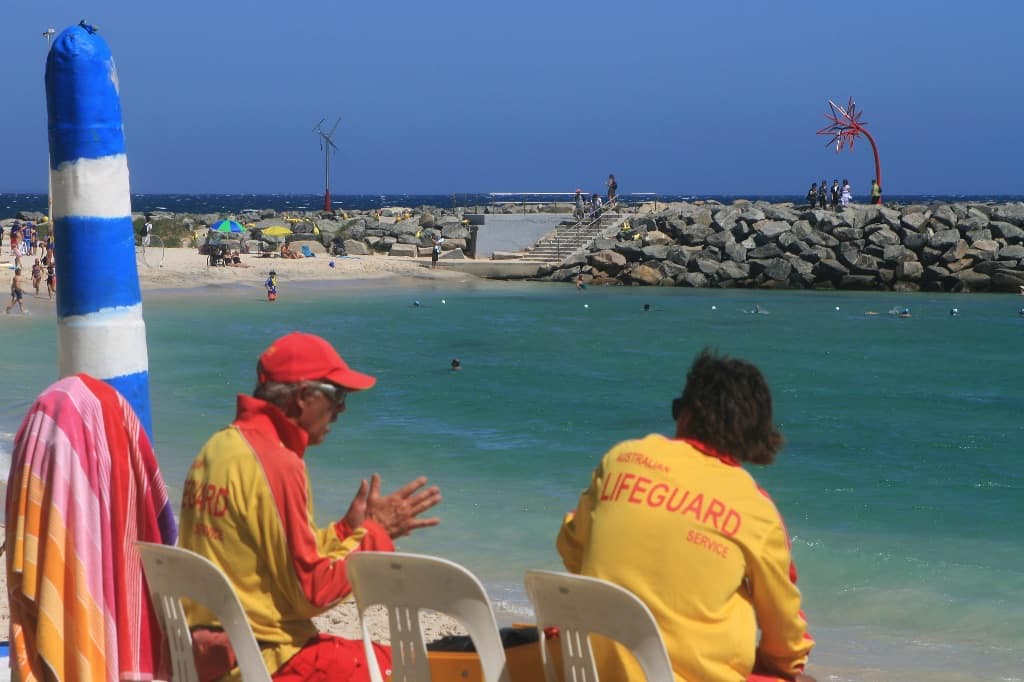 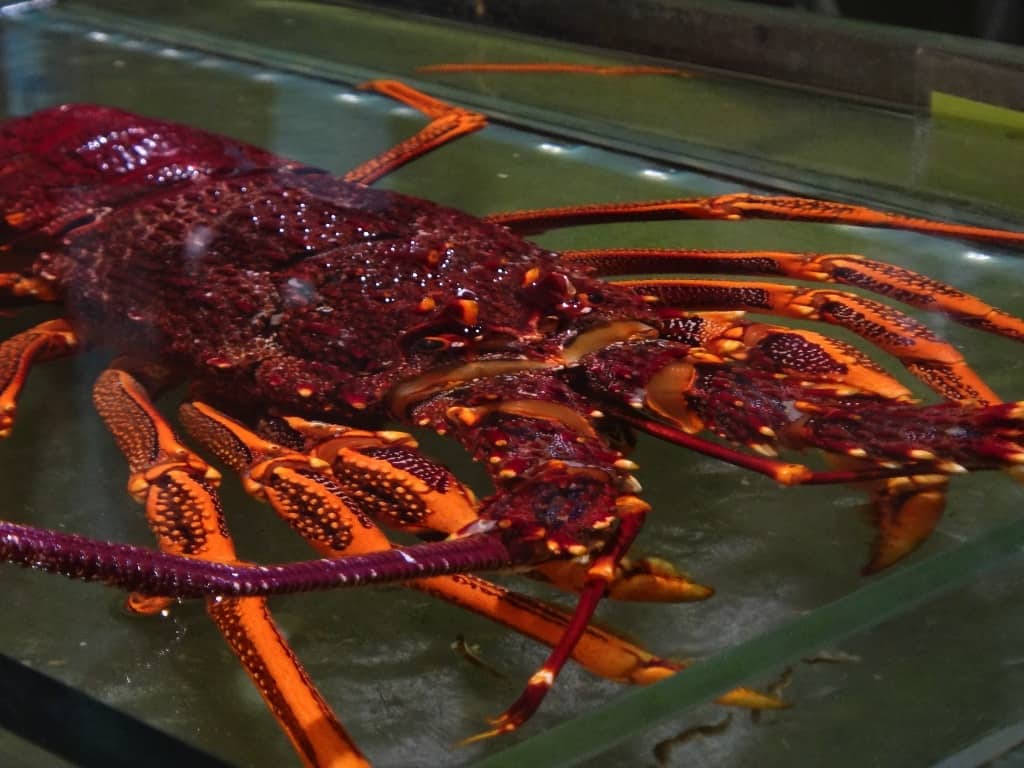 Cambodia to Bangkok & onto the garden city – Singa-poor us!! 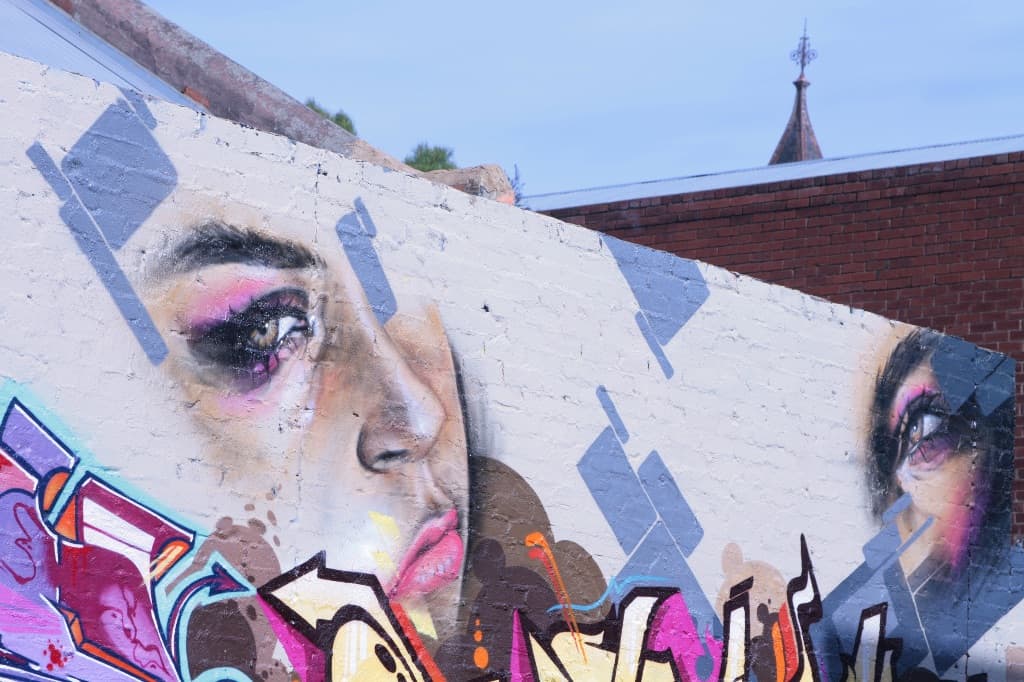