Welcome to What Katie Did Eventually!


Working Traveller… Digital Nomad… Remote worker… Expat… Cyber Stray… Corporate Escapee
There’s a variety of descriptions for the non fit-in-the-box life we (and many others these days) have decided to lead. 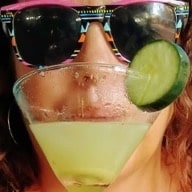 I am Katie and this site really is basically about what I did eventually.  After many, many years of 9 to 5 (well it was usually more 7 to 7, with my tortuous commutes), I decided enough was enough. With my other half Mark, we first enjoying a 2 year trip around the world and then finally left the UK for good, to live a location independent life.
We are still working it all out right now. Mark’s work means he needs to be location dependent for longer periods,  so we have a little home base in sunny Valencia province, Spain.  Read more about us.
We are not necessarily the most intrepid travellers, but everyone has their own style and I am way over the guilt that I should be climbing that big old muddy mountain, rather than chilling out at a funky cafe, with a glass of wine, with said glorious mountain as my backdrop. I also believe that the mundane parts of a country are among the most interesting thing.  Any local supermarket is going to have something that surprises or delights you – from the groceries to the hair dye aisle.

From experience, I also know that it’s all well and good being inspired, but it’s also useful to get some good practical travel tips. I don’t mean that you should follow a list of things to do in a country (wandering around blindly can end in the most amazing experiences) but having a few notes on how to by a bus ticket when you arrive exhausted and bewildered in a new country after 10 hours of travel, is  worth it’s weight in gold. It is also favourable on the saving your relationship front, as those are the times when you’re most likely to end up ‘doing time’ for throttling your beloved other if the argument over what the hell to do escalates. 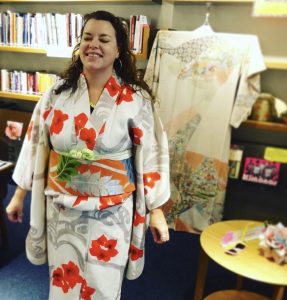 Hopefully, though, these pages will also inspire. If I can do it, anyone can. Although well vacationed, I didn’t start my big adventures until my late 30s and I had never even owned a backpack before. I was never going to sleep in a hammock on the beach (I can barely get in and out of one) or bunk in with 8 snoring strangers, at this point in my life. We’ve made many rookie mistakes and learned a lot along the way – including what works for us and what doesn’t. We have and will continue to make mistakes, but have learned that it generally all works out in the end. And if it doesn’t, it’ll at least be a story to amuse, horrify or both.

Here are some recommended posts to get you started:

– Spain- Caved in and Took a Trip to Granada

You can also use the top menu to search for posts by country, or specific cities, locations or keywords in the footer tag cloud.