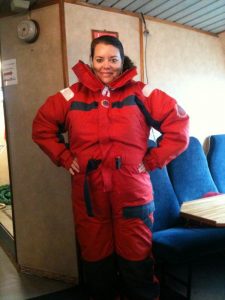 I left England back in December 2011, to go travelling the globe with my other half (who I pretty much dragged along but who quickly got very much into the swing of things). After almost 2 years we had to go back to the UK to sort out some issues with the apartment we owned and top up our depleted funds.  We ended up staying a lot longer than we’d intended, but it gave us the chance to save, sell up our property and buy a little house in Valencia province, Spain. Although my aim is to be location independent, Mark needs a more static base for his job, writing music. Our little house is relatively low maintenance (as much as any property can ever be!) and the small town we live in is a working town, rather than a tourist hot spot, so outgoings are low.
It’s also a great location for travelling around Spain and other parts of Europe with 2 airports within an hour.

Having worked full time since my teens, I skipped college (so I never had those long holidays or a gap year) and got a mortgage in my early twenties. I have spent most of my adulthood with responsibilities, feeling tied down. I fell into my career in IT (though I have enjoyed it and am darn good at it). I’ve attained most of the things you’re taught to strive for – nice house, nice car, nice things, nice holidays. I’ve had good times and was lucky enough to have spare cash to do bags of great things – fancy restaurants, festivals, travel – from mini-breaks to multi-location holidays. Life was good, but there was always the sense that something was missing. 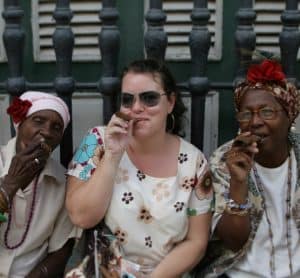 As I got older, I became obsessed with finding ‘my vocation’ – stuck on the notion that there was some specific career out there that would bring me blissful fulfilment. Years on, and many self-help books later, and I was no closer to finding that elusive calling.  Of course, there are things I might have enjoyed doing, but the sensible side of my brain would always shout out about the practicalities – mainly about how the bills would be covered. In the meantime, the constant working and long, hideous commutes were dragging me down. I had always wanted to go travelling and was certain it was something I would do one day, but with my other half Mark being not keen on the idea, along with my underlying need for financial security – it just never happened.

But then… one day, it did!! Strangely, I can’t clearly recall how it eventually came to be. I had just decided it was now or never. I think stumbling on the concept of ‘digital nomading’ (or whatever the term the haters of that term would prefer :))  had a lot to do with it.  I saw that with slow travel, people could be travelling for 6 months on the same budget we would spend on our 2-week adventures, from which we would return exhausted.

Due to a sucking economy, crazy commutes and not having much time for an actual life, Mark finally agreed to the escape and the plans started to take shape. In all honesty, I don’t think he ever believed it would actually happen, despite the planning and was a little shell shocked when I actually booked the tickets.

It was a big scary thing – neither of us had ever back-packed, despite having travelled quite a lot. And we weren’t the bravest, toughest of people (or so I thought). 22 months and 20 countries later and we had learnt a lot, adapted amazingly and had a completely new view of life and way of life.
Shoot forward to us having returned to and then re-departed(!) from the UK – I may not have found a vocation as such, but I’ve found that what drives me is to travel as much as I possibly can, as well as keeping free from the daily grind of inflexible hours and cruel commutes.

Travel is and will always be a huge part of my life and I’m really enjoying helping other people out with the knowledge I’ve gained from my experiences. I’ve become a real travel cheerleader, though in a restrained British way, without the actual jumping of course.

5 travel talents …
1. It takes me about 3 days to acclimatise to a new place – no matter how much of a culture shock or sketchy it seems.
2. I can make even the dankest accommodation feel cosy and homely while still travelling light.
3. Moving into new accommodation – whether an apartment for 3 months or a hotel room for 3 days, I create little routines quickly and find a specific place for everything to go – makes life so much easier.
4. I can remember places I’ve been to really well, to the point I can often describe to someone how to walk to a cafe I visited years ago.
5. I can keep a poker face for Mark, pretending everything is cool, when I realise that yet again I have accidentally taken us to the dodgy part of town. 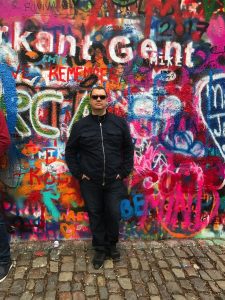 My partner in crime

Mark is my other half and usual travel companion. He is known to not be keen on the effort involved in travel, but by the end of most trips, he usually doesn’t want to leave and suggests moving there permanently! He is also always up for posing for a stupid photo.

His many talents include composing music and music production (http://markhatter.co.uk/) He also loves scuba diving and snooker.